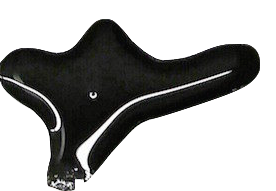 Jordi Martoranno’s painting is the result of the development of a symbolic vocabulary associated to the new theories that are the basis of scientific research on the origin of the universe and the new holographic paradigm of the world. Martoranno’s interest by modern science is likely linked to his study of Jung’s theories on archetypes and the Theory of Synchronicity. Indeed, the artist’s aesthetic search emerges as the result of a rigorous immersion in the patterns that rule over the rhythm of all elements. Thus, Martoranno’s paintings explore the constellar relationships, with a universal conception of the world that sees in the macrocosm and the microcosmo a dynamic unit that in turn is diversified across multiple correspondences, generating a network of phenomena that communicate between themselves.

From this perspective, the paintings refer to the relationship inherent in all the elements, and, in this sense, art becomes a tool for the artist to transcend the dual vision of the world to access a state of social awareness of being part of a whole. Far from idiomatic expressions, Jordi Martoranno, heir of the Catalan painters who championed material abstraction, weaves into his paintings a force field where embodied is the desire to answer the riddles each man faces when the boundaries of knowledge are reached.

The essayist George Steiner argues that only weak poems can be interpreted or understood completely. Indeed, if we apply this maxim to the visual arts, we can say that there is something that is hidden, which does not show itself completely in the artistic action that shuns triviality and the purely aesthetic whimsy. Jordi Martoranno’s painting doesn’t offer or deliver itself to the viewer at first glance. Somehow, the true understanding of the picture remains disturbingly suspended. In other words,

We face a work that has its strength not in its narrative capacity, but in its suggestive and evocative power. From “Forms in Correspondence” catalogue essay Thus, in the work of Martoranno we perceive an impulse towards an action that remains deliberately unfinished, with the intention of making a work that resists a single, unequivocal interpretation, opening a path that aims to make artistic research a means to access the transcendental. 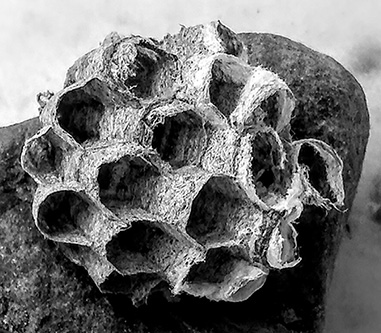 Painting, more than ever, is in the place of the mind. But let us not forget that for the painter to indulge in all his excessiveness, in addition to reason, he needs turbulent times and outrageous intuitions, and this is perhaps one of the reasons for which I find myself unable to unravel the mechanisms necessary to find the words that surrender the canvas. Rather, it should be the painting which takes the initiative and withdraw itself,

thus allowing each of us everything that at that moment we were willing to receive. In painting, forms, colours and impulses have always been repeated ... very similar issues, but changing over time. So it occurs to me that painting is not fashion, because it is not cutting edge nor does it need to be; painting is and that’s enough, it has always been there in its proper place. Hence painting is one of Man’s most instinctual "instrumental" actions, connecting most immediately reality with consciousness, where often one uses the most ontological intuition

to obsessively express forms clearly related to that which sustains us, defines us and at the same time connects us, forms that hide the enigmas of our origins and which speak of realities we have long forgotten. Humbly, I would like to offer small receptacles for meditation of different pictorial depths within the same work and try, even if only for a second, to capture a distracted look into the vastness where every day I inevitably lose myself.

Based on his observations of the regenerative cycle in a universe that is in constant expansive evolution, Martoranno creates biomorphic forms that recall bee-hives, organs, seeds or even the tracks of some enormous insect crawling across the goopy surface of the canvas. They are the result of the artist’s profound interest in the biological world: an analysis of life in all its manifestations transformed into symbol, which the artist asserts “was the first human language represented in image. It is the archetype par excellence, both potent and universal as well as sacred, transcendental beyond reason, becoming the genetic source of our representation, giving simply and powerfully a universal meaning to all those things that surround us, from the day to day to the most ethereal.

The works begin as sketches on paper which Martoranno enlarges until he finds their correct scale, at which point he orders the specially-made canvases and begins the process of painting. In these works Martoranno uses a reductive technique that permits no corrections; the entire creative process of the artist remains in view. Using a limited chromatic range, Martoranno covers the canvas with dense coats of oil paint that serve as a background. Later, with the surface still wet, he adds the final layers, scraping away with a spatula until the desired object, revealed in the underpainting, finally emerges. This alteration of scale and the fact that the forms float in a neutral space, without shadows or any reference to their origins, affect our perception of the object and reveal its powerful totemic properties.